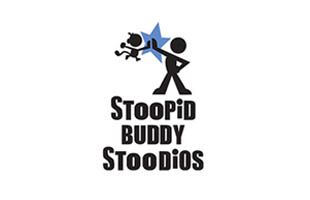 Stoopid Buddy Stoodios is a full-service production company that specializes in producing and developing stop-motion, CG, and 2D animated content for television, film, and the web. Our sprawling campus, located in Burbank, CA, sports some of the finest talents in animation alongside state-of-the-art facilities that ensure quality in everything we produce. We have a knack for creating stunning, unique visuals and telling character driven stories with an uncanny sensibility. The Stoodio is home to the longest-running stop-motion show on television, ROBOT CHICKEN, as well as Sony’s SUPERMANSION, the kids’ series BUDDY THUNDERSTRUCK for Netflix, CAMP WWE for WWE Network’s new block of programming, Denny’s THE GRAND SLAMS web series, and a slew of exciting new projects currently in de[...]
Read More