Kate Moo King-Curtis brings more than 20 years of experience at the highest levels of the animation industry to her role as a Development Producer at House of Cool.

Moo King-Curtis excelled creatively and professionally as a layout artist at Fox, DreamWorks SKG and Warner Bros.  Notable projects included contributions to films such as Anastasia, The Prince of Egypt, The Road to El Dorado, Osmosis Jones and Curious George.

On her return to Canada, she taught at her alma mater Sheridan College and joined House of Cool's team in 2004.  Moo King-Curtis' expertise and unique artistic perspective shape her approach to her production and management projects at House of Cool. 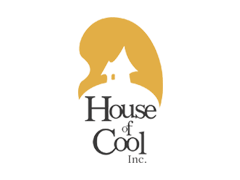 House of Cool is one of the animation industry's foremost boutique studios. Founded in 2004 by animation veteran Ricardo Curtis and finance expert Wesley Lui, the studio originally specialized in feature film pre-production. Today we are a full-service production house with capabilities ranging from Story and Design to screen-ready animation for feature and series projects.

We partner with top feature animation studios to refine stories and to craft the look and feel of feature films. House o[...]
Read More