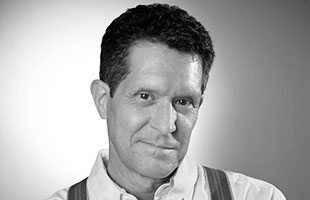 Although born in San Diego, Brian P. McEntee spent most of his youth in Sunnyvale California, where his father worked in aerospace.  An A student with broad aptitudes, McEntee’s parents were initially dismayed when he chose to pursue a career in art.  Despite their lack of faith (and financial support), he went on to garner Art Direction credits on such films as “The Brave Little Toaster” (1987 BLT Ventures), “Beauty and The Beast” (1991 Disney), “Cats Don’t Dance” (1997 Turner Feature Animation), and Production Designer credit on 20th Century Fox’s, “Ice Age.”

An alumnus of California Institute of the Arts in Valencia, CA, McEntee started his career at Disney training under Eric Larsen, one of the &ld[...]
Read More