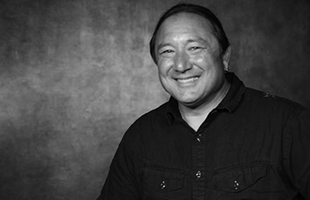 Stuart Sumida is a professor of Biology at California State University San Bernardino where he teaches animal and human anatomy. He is the author of three books and over 100 scientific articles. His work on animal structure and function led Charles Solomon to suggest him to the Disney Studios to help with the structure of Philipe, the draft horse, and the wolves in “Beauty and the Beast.” That was followed by extensive work on “Lion King” and he has since worked on over 40 animated and CG/effects films including “Tarzan,” “Reign of Fire,” the first “Harry Potter” film, “Mulan,” “Lilo and Stitch,” “Stuart Little I & II,” “Scooby Doo,” “The Chronicles of Narnia,” “Ratatouille,” “Bolt,” and “Kung Fu Panda,” He has also worked with audioanimatronic animators for Disney Imagineering, recently helping design a giant Yeti character for the “Expedition Everest” attraction in Disney’s Animal Kingdom in Florida. Most recently he has lent his anatomical exper tise to the upcoming “Tangled” for Disney Feature Animation and “How to Train Your Dragon” for DreamWorks, and acted as an anatomical consultant on “Life of Pi”.

He is a frequent speaker at scientific conferences, art schools, and animation festivals including Animex, RedStick, FMX and the CTN animation eXpo. Sumida earned his B.A. and Ph.D. at UCLA and taught at the Pritzker School of Medicine at the University of Chicago before returning to California to teach at CSU-San Bernardino. In recognition of his hybrid work in science and art, evolution and education, he was name the 2007 outstanding science and engineering professor for the entire CSU System, the largest state university system in the world.