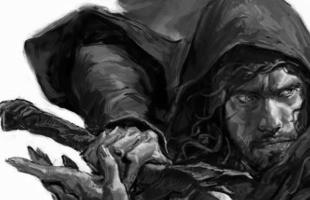 Guided by president Sebastian A. Jones, Stranger Comics is an incubator and aggregator of content, developing and designing franchises for multi-media platforms. Its constant philosophy is that of quality, that the idea is king and the story is sacred. From the vast and volatile fantasy world of Asunda to the wide-eyed whimsy of Stranger Kids, Stranger strives for excellence in production as well as presentation. Some of Stranger’s titles include “Vampire Hunter D: Message from Mars” Brandon Easton (Civil War, Agent Carter) and Michael Broussard (The Darkness, Hulk) based on the short story by Hideyuki Kikuchi, “Niobe: She is Life” by Jones, Amandla Stenberg (Hunger Games, Sleepy Hollow), Ashley A. Woods and Darrell May, “The Portent” by Peter Bergting (Harry Potter, Lord of the Rings), “I Am Mixed” by Jones, May, and Garcelle Beauvais (Flight, Jamie Foxx Show) with foreword by Halle Berry, “Piñata” by Ken Locsmandi (Fight Club, The Matrix) and Jones, and “The Untamed” by Jones, May, and Bergting.