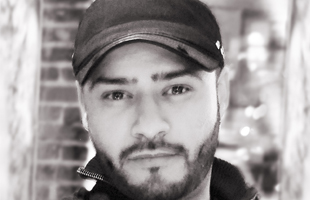 Ravinder Kundi has over 14 years of experience in the 3D Feature Animation, Stop motion and VFX industry. He has worked on numerous features around the world. Ravi manages to work with both a highly creative outlook and has a great technical grasp of his craft. He offers what is known as immersive design, with his strong ability in Traditional Drawing, CG modeling and CG camera, making him a highly valuable link in the design process.
Ravi has worked for Award winning studios such as Aardman Animation, DreamWorks Animation, Paramount Pictures/Animations, Animal Logic, Sony Imageworks, Framestore CFC, Universal pictures, Reel FX just to name a few. Working with Directors, Production designers and Art Directors, he is responsible, highly team focused and always ready to go above and beyond to achieve and contribute to whatever vision is put before him. Ravi has worked on 13 feature film projects, like Home, Penguins of Madagascar, Monkeys of mumbai (cancelled),Rock Dog, Happy Feet 2, Arthur Christmas, Happy Never After, Legend of the Guardians, The Tale of Despereaux.
Ravi is a Visual Development Artist at Paramount Pictures in Los Angeles California, conceptualizing Characters and Environments in 3D. He brings years of valuable knowledge to these projects and is highly respected within the industry for his wide range of skills and creating a design process that allows for the highest level of control and detail over the look of the final film.