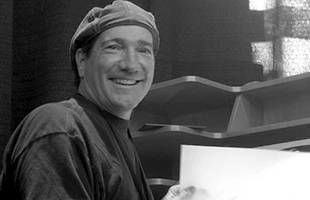 Mike's Fine Art Landscape painting is in a bold " California Expressionist " Style  of  plein aire ( onsite) painting which emphasizes strong colors,  brilliant plays of light, value and contrast, and his passionate, emotional love of the artistic painting process.  He is a prolific artist and paints and draws on a daily basis.  He is available for commissions.

Mike animated characters known to everyone: including Mickey Mouse, Belle, Aladdin, Prince Eric in Little Mermaid, Phebus in Hunchback,  Simba in Lion King, Young Herc in Hercules, and countless others.


Mike is never without  his sketchbook. His sketches of the people he sees would be described more as explorations of their personality, rather than caricatures in the " cartoony" sense.