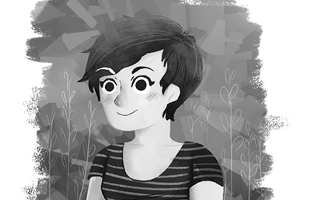 Hi! My name is Fernanda Frick and I’m an animator, illustrator and cartoonist from Santiago, Chile. I’ve called myself an animator since I was 13 years old and animated terrible Flash cartoons, but officially earned the title after years of experimenting, trials and errors and well, graduating from the Character animation program at Animation Mentor in 2013. My love for animation spread towards other areas like illustration and comics, always having in mind the goal of creating memorable characters, nice atmospheres and hopefully connecting with the audience.

My main interests are creating and bringing characters to life, and because of this I really care about animating them in an appealing way, because what’s worse than a character that is just moving instead of breathing and living?